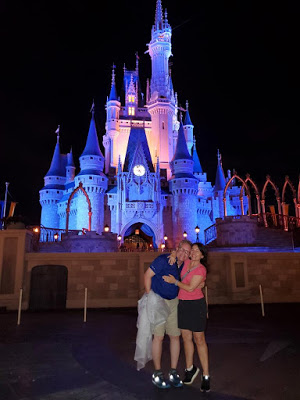 Have you visited Disney World lately?  I just returned from a family vacation to the Magic Kingdom and I had such a strong sense of pleasure wandering from one favorite attraction to the next.  Flying with Peter Pan, floating on the boats of “It’s a Small World” as the song becomes stuck in my mind and walking down Main Street peeking in the windows.  I was not alone; there were plenty of other adults, unaccompanied by any kids, meandering from ride to ride.
Why?  Why do we love Disney World?  For me, it is the sameness.  I visited Disney as a kid, returned with my kids and over these 40+ years it has remained almost the same.  (Although I am quite unhappy “Mr. Toad’s Wild Ride” was replaced by “Winnie the Pooh.”) The expectations of guests are met; Cinderella’s castle was lit; the ghosts joined my car in the Haunted Mansion and Main Street was clean and freshly painted.  I relaxed, knowing what was expected of me, and felt safe with the status quo.  Don’t we usually feel comfortable with the status quo?  Yes, but beware, the status quo is powerful.
So powerful, that we choose to remain in the status quo even when it is painful, sucks up our free time and becomes crazy-expensive.  Litigation is all three of these, but even being stuck as a party in a lawsuit can become the status quo.  In the midst of a lawsuit, the client might love the drama, or maybe feel excitement about the promise of future money or final revenge.  Changing that status quo becomes tough.  Change means that the client will have some free time after this case settles.  What will s/he do?  Change means the client will not have the mystery of how the jury will rule swirling around.  What will replace this excitement?  Change means the client won’t have the same close relationship with their lawyer. (Yes, I have had clients tell me after a case concludes, they miss our friendship, especially as we spent loads of time together preparing for trial.)
Mediation is a fast ending to a years-long dispute (even though during the day of, mediation seems interminable.)  As a mediator, I work with the client to imagine what the days will look like after the dispute is concluded.  Talking about it can help the client to see that day as less scary, more possible.  We chat about what the client will do with all their free time once s/he is not so involved with this case.  I’ll ask about the client’s hobby and remind them that they will have more time after the settlement.  (Maybe enough time to plan a trip to Disney World!)
Give the client permission to change—permission to let go of the fight or the anger.  Permission to change.  Courage to change.  Change is hard for everyone.